Hermon DECD interview on the Voice of Maine with Eastern Maine Development Corporation : 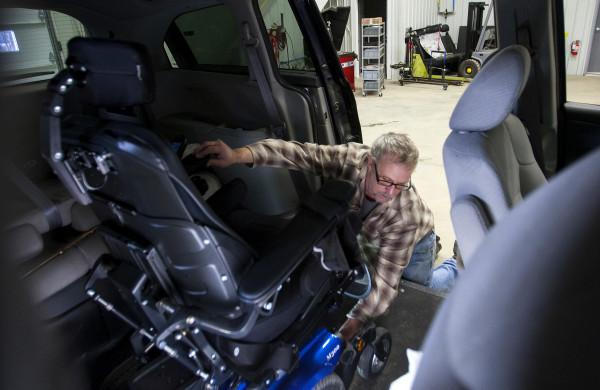 HERMON, Maine — During a recent tour around town in his pickup truck, Hermon’s interim Economic and Community Development Director Scott Perkins pointed out some of the commercial success stories from the previous year.

Among them was Covey Physical Therapy, which recently moved out of leased space at Morgan Hill Event Center into a new facility it built on Route 2 that houses six exam rooms, a reception area and a small gymnasium. Eventually the complex will have an outdoor walking trail, Perkins said.

Then there was Hermon Eye Care, the fourth location to be opened by Dr. John Hersey; Northeast Restorations, which used to operate in Freedom Parkway but recently completed a new 2,400 square foot building on Route 2; and Greenway Equipment, a business that is new to Hermon. It has moved to the former Maine Trailer lot, also on Route 2.

And those are just a few of the businesses on the town’s main drag.

From November of 2014 through June 30 of last year, Hermon saw 17 businesses either move to or expand in town, Perkins noted in the annual report he completed last month.

In fact, since the last annual report for economic development, business growth and activity has outpaced recent years in all categories, Perkins said. Existing businesses moving to Hermon to expand, new businesses establishing a home in Hermon and local businesses moving from lease to ownership all increased in 2014-2015, he said.

The new and expanded businesses, he said, represent a total of 145 new or retained jobs. Six of those businesses are in newly established TIF districts that qualified for credit enhancement agreements approved by the Town Council.

“Collectively, these companies invested hundreds of thousands of dollars in our local economy and made major improvements to their positions — including hiring additional employees,” said Perkins, who also serves as the town’s public works director.

Hermon is working to make the best of its advantages, which include one of the lowest property tax rates in the region, at $12 per $1,000 in property valuation, a relatively simple permitting process and proximity to major transportation hubs, including Interstate 95, Bangor International Airport and rail service from Canada south to Searsport.

With a population of fewer than 5,500 residents, Hermon is a small town with a staff size to match. But Perkins said he isn’t going it alone. Last spring, the council established the town’s first Economic Development Committee and charged it with coming up with an economic development plan and a marketing plan, among other things.

“So we put a letter out to the community and got a lot of responses,” Perkins said. “We have a really good mix of business people, a good mix of people from the financial world, real estate, small-business owners, we have people who are just interested in the community — residents who really want to talk about all the good things that economic development can do that concern quality of life issues for our residents.”

Perkins is an ex officio member of the group, whose mission is to develop a brand and vision for the community that not only will help it retain current businesses but attract new ones that will bring jobs, add to the local economy and position Hermon to attract projects that will fill such gaps as senior and affordable housing.

As part of the town’s effort to brand itself, Hermon has come up with an economic development tagline: Giving Business the Edge.

“I looked around at Maine’s logos and taglines and some are excellent, some are good, some don’t have any at all,” Perkins said. “But the one specific for business [that Hermon came up with] was as good as anything I’d seen out there, and it fit us well. Because really, that was our focus: to find something that we believed, that we wanted to put out there.”

Part of Hermon’s recent business boom is resident Gina Bennett, who moved her business, Advanced Modifications, from space she leased at Coldbrook Business Park into a new 5,640 square foot building.

Bennett, who is a member of the economic development committee, said recently that she decided to make that move because her business had outgrown her former location and because the converted warehouse space was difficult to keep warm in winter and cool in summer, which was a problem for customers whose physical conditions make it difficult to tolerate temperature extremes.

In addition to office and conference space, the new facility includes showroom space that eventually will allow her to bring vehicles indoors so that potential buyers can check out what vehicles with special adaptation can do without having to rush inside to get out of the weather.

When the time came to expand, Bennett said, she decided to stay in Hermon because of its proximity to major transportation systems, including I-95, because the local workforce includes people with skills that can be used by her business with some tweaking, and because she can easily find other companies that can meet such needs as manufacturing specialty parts.

Perkins said that the town’s goal is to complete its economic development plan in about a year and that the committee is three months into its to-do list. Eastern Maine Development Corp. has been tapped to do data mining and to help develop the finished product.

DECD’s 2007 Annual Highlights
A yearly publication from the Maine Department of Economic and Community Development.

Maine Film Office Research on Visual-Media Industry in Maine
A recently compiled research report commissioned by Maine DECD and the Maine Film Office concludes that Maine’s Visual-Media industry brings hundreds of millions of dollars to Maine and is a significant force in Maine’s Creative Economy. But researchers also recommended that Maine adopt better financial incentives to help the industry grow.

Innovation Index Tracks Maine’s Gains
A recently compiled research report commissioned by the Maine Department of Economic and Community Development (DECD) concludes that Maine has made significant steps to enhance its technology-based economy.

Among the major findings in the Maine Innovation Index 2004 is that Maine’s investments in research and development have increased 30-fold in the last decade. The bulk of the investments went to the biomedical research fund, Maine Technology Institute, the Marine Fund and the university system.